The INTEGRIS Foundation will honor Josephine “Josie” Freede with the Philanthropist of the Year award during its signature fundraising gala on April 10.
The Philanthropist of the Year award celebrates transformational and visionary philanthropy within the INTEGRIS system. This honor is bestowed upon passionate advocates whose service offers charitable goodwill to the community with vision and leadership.
For more than 60 years, Josie Freede has left an indelible imprint on INTEGRIS hospitals, clinics, and programs through a period of unbroken generosity. Certainly the most visible sign of her generosity was the establishment of the Freede Liver Clinic honoring her late husband, Henry, whose distinguished medical career spanned five decades as an orthopedic surgeon. Since its inception, the Freede Liver Clinic has completed 790 transplants creating a new lease on life for hundreds of grateful patients.
But Josie’s philanthropy extends beyond the liver clinic with prominent contributions to transplant’s greatest needs and enduring support to the INTEGRIS Gala and the Jim Thorpe Courage Award Gala. These donations have supported a number of initiatives from women’s and children’s services, nursing, mental health, stroke and burn. Her generosity has undoubtedly touched tens of thousands of patients, families and employees whose lives have been improved, pain lessened, wisdom imparted, and even lives saved.
The Freede family’s first gift to INTEGRIS was a meaningful donation laying the cornerstone of Baptist Medical Center through a donation to the original building in the 1950s. That gift planted a seed investing in the health of the people and communities INTEGRIS continues to serve today. It would be an understatement to say that seed has grown over the more than 60 years it was first sown. In that time, Dr. and Mrs. Henry Freede have invested in equipment, facility cutting-edge therapies and the greatest needs of the INTEGRIS system that ease suffering and provide hope and healing to those who need it most.
Freede will be honored formally as the Philanthropist of the Year among more than 600 guests during the annual INTEGRIS Gala on April 10. Held at the National Cowboy & Western Heritage Museum the gala will benefit INTEGRIS Cardiac Care.
INTEGRIS’ signature event promises an evening of fine dining and dancing. Proceeds will fund multiple cardiac initiatives including a mobile non-invasive diagnostic lab to travel across Oklahoma, as well as, an emergency shock team transport vehicle that will provide emergency circulatory support to heart failure patients statewide.
Ticket price is $250 per person; sponsorship opportunities are available at www.integrisgiving.org/gala. For further information, contact INTEGRIS Foundation at 405.951.5005. 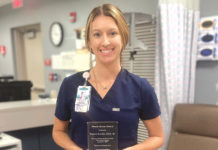 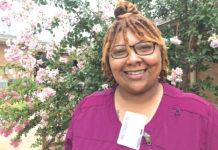 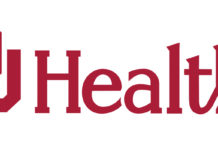