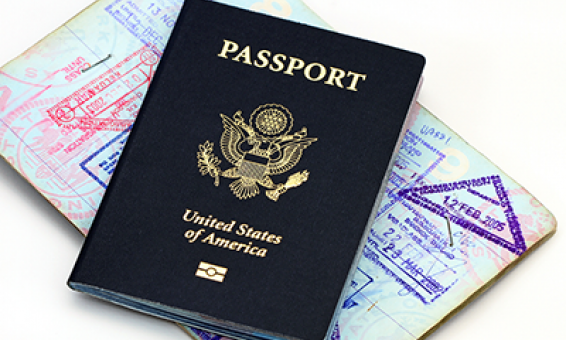 As those who have tried endless diets know, there are no easy fixes when it comes to losing weight and keeping it off. Even with dieting and exercise, many don’t succeed. Brandi (last name withheld), a 35-year-old mother from Ardmore, Oklahoma, thought she found her answer when she discovered weight loss surgery at cheap prices was a booming business in Tijuana, Mexico.
She knew people from her small town who traveled to Mexico for successful gastric sleeve weight loss surgery, and in her research she found numerous clinics there advertising their services on YouTube with slick patient videos. Those Tijuana clinics charge as low as $4,000 for the whole surgery plus anesthesia. The clinics woo potential patients by marketing the experience as more like a vacation than a possible life-threatening surgery.
In gastric sleeve surgery, which is usually suitable for patients who have 100 pounds or more to lose, the structure of the stomach is changed to be shaped like a long, skinny tube, which restricts the amount of calories the body absorbs. The new banana-sized stomach, or “sleeve,” is about 1/10th the size of the original stomach.
Brandi traveled to Tijuana to have the surgery on March 11, and one day later “they put me on the plane while I was still hurting really bad, with no instructions on after-care,” she says.
Once Brandi returned to Ardmore she ran into more problems. “I ran a low-grade fever for days and my back pain was horrible and getting worse. It got so bad after several days that I had to go to the ER. They told me I had a softball-sized abscess and leak from the surgery,” she says. “Right away, the local ER rushed me to INTEGRIS in Oklahoma City for emergency surgery to repair the leak.”
Brandi’s story doesn’t surprise Hamilton Le, M.D., who performed that emergency repair surgery 10 days after her failed surgery by the other doctor in Mexico. Le is medical director at the INTEGRIS Weight Loss Center. “In just the last eight weeks or so, I’ve had to repair four people who had life-threatening complications — in some cases, critically ill and almost dead from sepsis — from gastric sleeve surgery by doctors in Mexico,” he says.
Dr. Le points out all four patients are from smaller, more rural towns such as Ardmore and Woodward. He believes the clinics in Tijuana are targeting small towns with their advertising, since those potential patients aren’t near the bigger cities that offer weight loss surgery locally. “The patients I’m seeing with complications aren’t coming from Edmond, they’re coming from Elk City,” he says.
In Brandi’s case, “Dr. Le thinks the infection came from the way they did my sleeve,” she says. “It should look like a banana, but there is a big kink in the middle. When you look at the X-ray it doesn’t even look like a gastric sleeve.”
Although the price for weight loss surgery usually starts at $10,000 in the U.S. and can run up to $25,000, “you get what you pay for,” Le says. “Any money people save by doing the surgery in Mexico could go down the drain. If you have complications once you get back to the states, often insurance won’t cover care from an unapproved surgery, and many hospitals won’t work on the patients without their paperwork.”
Brandi says, “When I was so sick at the ER in Ardmore, I called lots and lots of doctors, but nobody else in the state would take me because the surgery was done in Tijuana. Thank God for Dr. Le. I don’t know what I would have done without him.”
She stayed in the INTEGRIS hospital for a week and continues to make bi-weekly trips to Oklahoma City for follow-up care. She says she might need additional surgery in the future to do further repairs on the sleeve. Still, Brandi feels like one of the lucky ones. “My medical bills (from treatment of the complications) run in the hundreds of thousands of dollars now. I’m lucky because my insurance is helping me pay. I can’t even imagine how the others with no help from insurance will make it,” she says. Brandi advises, “Don’t go down there and do it. It is much safer to pay for it here, and know what you’re getting. I didn’t even get the right kind of sleeve… it didn’t even look like a normal sleeve.”
Dr. Le says long-term outcomes of having weight loss surgery in Mexico aren’t good. “The surgery is just the tip of the iceberg. When you have the surgery in the U.S., there are extensive pre- and post-surgery requirements and after-care, like getting an EKG to check heart health, meeting with a psychologist to make sure patients are emotionally ready for the surgery, and having a nutritionist teach them how to re-learn to eat.” Without this coaching, patients are much less likely to maintain any weight loss, he says.