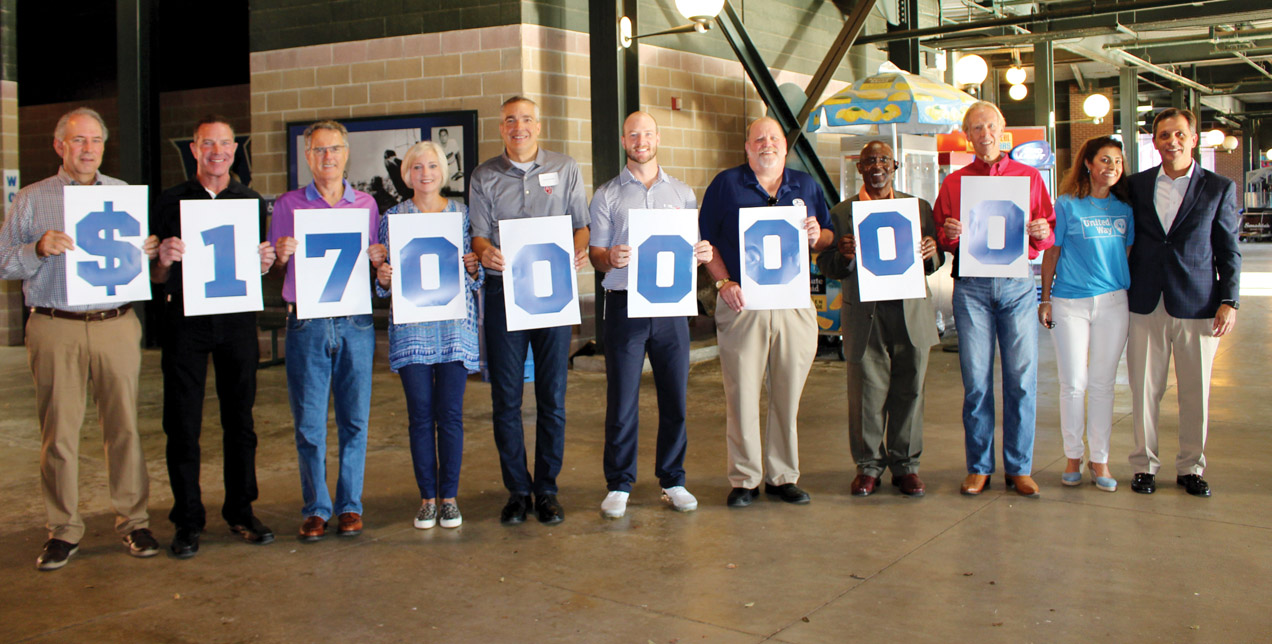 United Way of Central Oklahoma kicked off its 2018 annual campaign this morning and announced its fundraising goal of $17 million! Dollars raised will be invested into 119 health and human service programs at 58 Partner Agencies. In addition to United Way’s campaign, the event also serves as the start of the State Charitable Campaign and the Heart of the City Campaign.
“Our Partner Agencies have the answers to our community’s most pressing challenges – they just need the resources,” said Debby Hampton, United Way of Central Oklahoma president and CEO. “It takes all of us to make this community stronger, and we’re determined to do our part through this year’s fundraising campaign.”
Pacesetter campaign results were also announced and, to date, $4,961,698 has been raised, accounting for 30 percent of the campaign goal. Pacesetters are companies that run their workplace campaigns early and set the momentum for others that will kickoff this fall. Kick-off festivities included community leaders enjoying the tradition of flipping pancakes while serving as “celebrity chefs” and the annual pancake flipping contest was held on stage with Rumble the Bison taking home the coveted golden spatula award as the winner.
For more information on United Way of Central Oklahoma’s annual campaign or to make a contribution online, visit www.unitedwayokc.org.
United Way of Central Oklahoma researches human needs within the communities of central Oklahoma and directs resources to accountable health and human services agencies to meet those needs by improving the health, safety, education and economic well-being of its most vulnerable citizens. For more information about United Way of Central Oklahoma, please visit unitedwayokc.org or call (405) 236-8441.