On Monday, April 29, Bill Burrows showed up for his regular 2:30-11 p.m. shift at the engineering plant at Norman Regional Health System just like has been doing for the previous five years.
A little stiff, a little sore, Burrows went on about his day like always.
Not bad for a 68-year-old who had just run a half marathon with half a lung.
“It was pretty good,” Burrows said. “Kind of the first time out so I didn’t know how I would do. I was kind of optimistic so I wouldn’t know until I did it.
“It went well. The temperature was good and I moved along pretty well considering my physical condition.”
Not bad at all considering just three years earlier he was staring a lung cancer diagnosis right in the face.
BUMP IN THE ROAD
The Norman resident and Norman Regional Health System employee, trained this past winter for the Oklahoma City Memorial Half Marathon—his longest run since conquering lung cancer.
Burrows previously completed six full marathons and three half marathons before his lung cancer in 2016.
He has since ran one 5K this past fall but nothing like the distance he covered the final Sunday in April.
Burrows was diagnosed with lung cancer after seeing one of Norman Regional’s internal promotions for their $79 lung scan. The low-dose computed tomography (CT) scan is a noninvasive and painless way to screen for lung cancer.
Burrows said he decided to have the scan since it was a good price and would only take about 10 minutes.
Since he was a healthy runner he expected no problems to show on the scan, but his doctor called and said he wanted to have a specialist look it over just to make sure everything was fine.
Burrows had a stroke in 2010 and made it back from that so he figured this was nothing.
“I got it and they saw something,” he said. “I had a previous scan years before and this wasn’t there then.”
Burrows met with Norman Regional’s interventional pulmonary specialist Sergio Garcia, MD.
A biopsy was taken which revealed he had non-small cell carcinoma.
Soon after the news, Burrows was contacted by Norman Regional’s oncology nurse navigator Sherri Jo Johnson, R.N, who explained his diagnosis, the steps to deal with it and helped guide him throughout the treatment process.
Next Burrows had surgery to remove the top right lobe of his lung and became cancer free. Since the cancer was detected before it spread anywhere else in his body, Burrows did not need further treatment such as radiation or chemotherapy.
“Mr. Burrows is a prime example of why the lung screening program offered at Norman Regional Health System is very important,” Dr. Garcia said. “It provides early detection. This one simple scan saved his life.”
“I knew I would run again,” said Burrows, who helps maintain the system’s infrastructure. “I knew some day I was going to run from my house back to room 5207 at the Healthplex and back. That was a goal. The first year or so I was afraid to do too much because I didn’t want to blow anything up.”
When Burrows decided he wanted to run another half marathon, he knew it wouldn’t be easy.
Functionally, 50% of his total lung capacity remained.
Things would have to advance slowly.
He bought a $50 used treadmill and set it up at his house. He’d run for a few minutes, walk for a few more.
His main reasoning for wanting to push himself to run another half marathon and full marathons in the future is that he wants to do it for those who can’t—those who are going through chemotherapy, those who have a terminal diagnosis, and those who were unable to conquer their cancer.
After hearing about Burrows’ desire to run the half marathon, Dr. Garcia, Cardiothoracic Surgeon Kyle Toal, MD; Chief Nursing Officer Brittni McGill and Norman Regional’s Pulmonary Rehabilitation staff came together to provide Burrows an exercise plan and offer him the support he needed to ensure he was able to run safely.
Part of his exercise plan was monthly visits to Dr. Garcia’s office for cardiopulmonary exercise testing (CPET) – a non-invasive procedure where a patient uses a treadmill while monitored by their physician or a respiratory therapist.
“I’m addicted again,” said Burrows, who plans on running the full marathon next April.
Quitting was never an option for the the Navy vet and New Jersey-born Burrows.
“I didn’t have the breath but it seemed like my muscles and legs were working,” he said. “I wasn’t going to stop. I just went mile by mile.”
One by one the miles added up as Burrows was counting them down.
“I’ll keep going,” Burrows said. “I refuse to get old.” 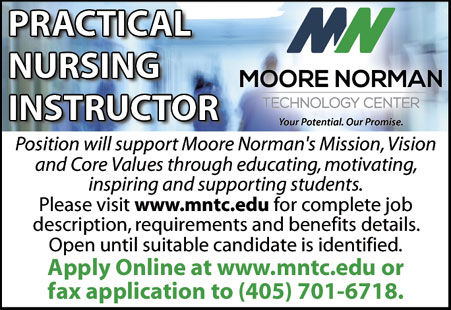