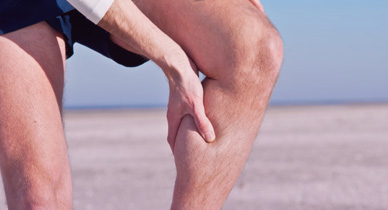 People with cancer face an increased risk for venous thromboembolism (VTE), blood clots that occur in deep veins like the legs or that travel through the blood stream and get lodged in the small blood vessels in the lungs. Under current guidelines, cancer patients who develop VTE are prescribed low-molecular-weight heparin, an anticoagulant that must be injected under the skin daily for several months. While effective, this regimen can be expensive and often burdensome for patients, leading many to prematurely discontinue treatment.
Results from the first large randomized controlled trial comparing this standard blood-thinning treatment with newer anticoagulants, DOACs, suggest the DOAC known as edoxaban — taken as a daily pill — work as well as low-molecular-weight heparin and could, therefore, offer an alternative and potentially more palatable treatment strategy, according to researchers.
Roughly one out of five people with cancer develop VTE, which can cause pain and swelling when clots occur in deep veins (known as deep vein thrombosis) and breathing problems, chest pain and even death if they move into the lungs (known as pulmonary embolism,). Anticoagulants prevent the growth of existing clots and prevent others from forming, but these drugs also elevate the risk of bleeding. Doctors must therefore balance the risks of recurrent clots against the risks of bleeding when treating VTE.
This study enrolled 1,050 individuals with cancer being treated for VTE at 114 centers in 13 countries. Patients represented a wide range of cancer types and chemotherapy regimens; about 10 percent had blood cancers and the rest had solid tumors. Half were randomly assigned to receive low-molecular-weight heparin (dalteparin) and half were assigned to receive edoxaban. This treatment continued for up to 12 months. All patients were followed up for 12 months or until study closure (minimum 9 months).
The study was designed to assess two key factors. First, it evaluated whether edoxaban is at least as good as dalteparin with respect to rates of recurrent clots and bleeding, the two main risks associated with treating VTE. Second, it was the first study to measure the benefits of continuing treatment with either drug for more than six months after the initial VTE.
The results confirm that edoxaban is not inferior to dalteparin with respect to composite rates of recurrent clots and bleeding, the trial’s primary endpoint, which occurred in 12.8 percent of those receiving edoxaban and 13.5 percent of those receiving dalteparin. Although edoxaban was associated with a slightly higher rate of major bleeding, this was balanced by a slightly lower rate of recurrent VTE. Analyses of secondary outcomes and subgroups revealed that the two drugs were identical in the rates of the most severe category of major bleeding, and that bleeding was most common in the upper gastrointestinal tract and in patients with gastrointestinal cancers.
“For the vast majority of patients with cancer-associated VTE, treatment with oral edoxaban can replace the injectable dalteparin,” said lead study author Gary E. Raskob, PhD, dean and regents professor of the University of Oklahoma College of Public Health. “Preventing VTE recurrence and major bleeding can allow the oncologist to really focus on the patient’s cancer treatment.”
Raskob added that the results do not necessarily apply to all DOACs because some act through different mechanisms or are metabolized differently than edoxaban. Further studies could elucidate which DOACs might work best in the context of different chemotherapy regimens and also illuminate optimal treatment regimens for those with gastrointestinal cancers, he said.
This study was supported by Daiichi Sankyo. Gary E. Raskob, PhD, University of Oklahoma College of Public Health, presented this study during the Late Breaking Abstracts session today, Tuesday December 12, to worldwide hematology experts gathered at the Georgia World Congress Center in Atlanta for the 59th Annual Meeting of the American Society of Hematology.