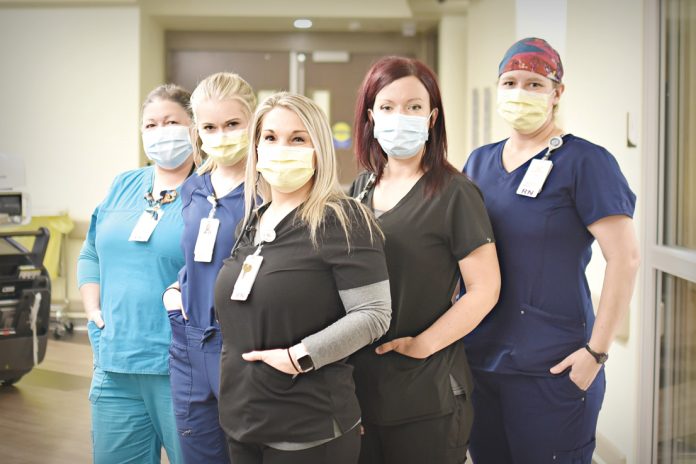 Any given year, Erin Barnhart’s role as director of the Norman Regional Health Foundation is to help fill in hospital needs where she can.
But 2020 wasn’t any given year.
The 200th anniversary of Florence Nightingale’s birth coincided with the Covid-19 pandemic.
The Year of the Nurse saw long days turn into long weeks and long months.
The need was ever-present and as staff reached their breaking points Barnhart and her staff did what they could to remind those healers they were not alone.
“In a typical year our goal is to raise funds we can reinvest back into the health system through grants, scholarships and certification reimbursements,” Barnhart said. “(In 2020) the thing we wanted to do was take care of our healers, take care of our front line working in the trenches exhausted. We asked how we could support that.”
The community did its part bringing food, drink, personal protective equipment and encouraging messages.
“I really wasn’t surprised because of the outpouring because our communities step up when they are faced with a tough time and they really went to another level,” Barnhart said. “We thought March, April and May and we had been through the worst of it.”
It slowed only briefly.
As cases continued to rise that was when the hospital’s leaders formed a Healers Helping Healers committee to focus directly on the needs of staff.
“We realized that this wasn’t going away and it was going to get worse before it gets better,” said Barnhart, who has been with the foundation since 2014.
That’s when things like virtual yoga and chair massages began rolling out. Additional counseling resources came online as the hospital looked inward focusing on staff working directly with the Covid-19 population.
Meals and snacks were brought to floors by leaders checking in on front-line staff.
During December, entrances were illuminated with five-foot letters that spelled out HOPE.
Keeping the light on at the end of the tunnel was the goal of Norman Regional’s leadership.
“Just different things like that to let them know we see them and we want to take care of them,” Barnhart said. “Just really being there and providing some type of what seemed like a minor piece of support.”
“I think it was just a nice relief and a pause ‘somebody is looking out for us and taking care of us.”
Barnhart said it never felt like enough in comparison to what everyone was going through. But the simple acts of kindness let healers know they weren’t alone.
Those acts continue this year. In February, each of the system’s 3,400 employees received a Hope gift box loaded with items.
“It’s been a lot. Everybody’s roles have changed or intensified and we wanted to do a little something that was uplifting,” Barnhart said.
During the first week of May the system will distribute more than 2,000 notes and drawings of encouragement from Moore Public Schools elementary students.
And hopefully, with the continued outpouring of support, everyone can see the light at the end of the tunnel.
For more information visit:
https://www.normanregional.com 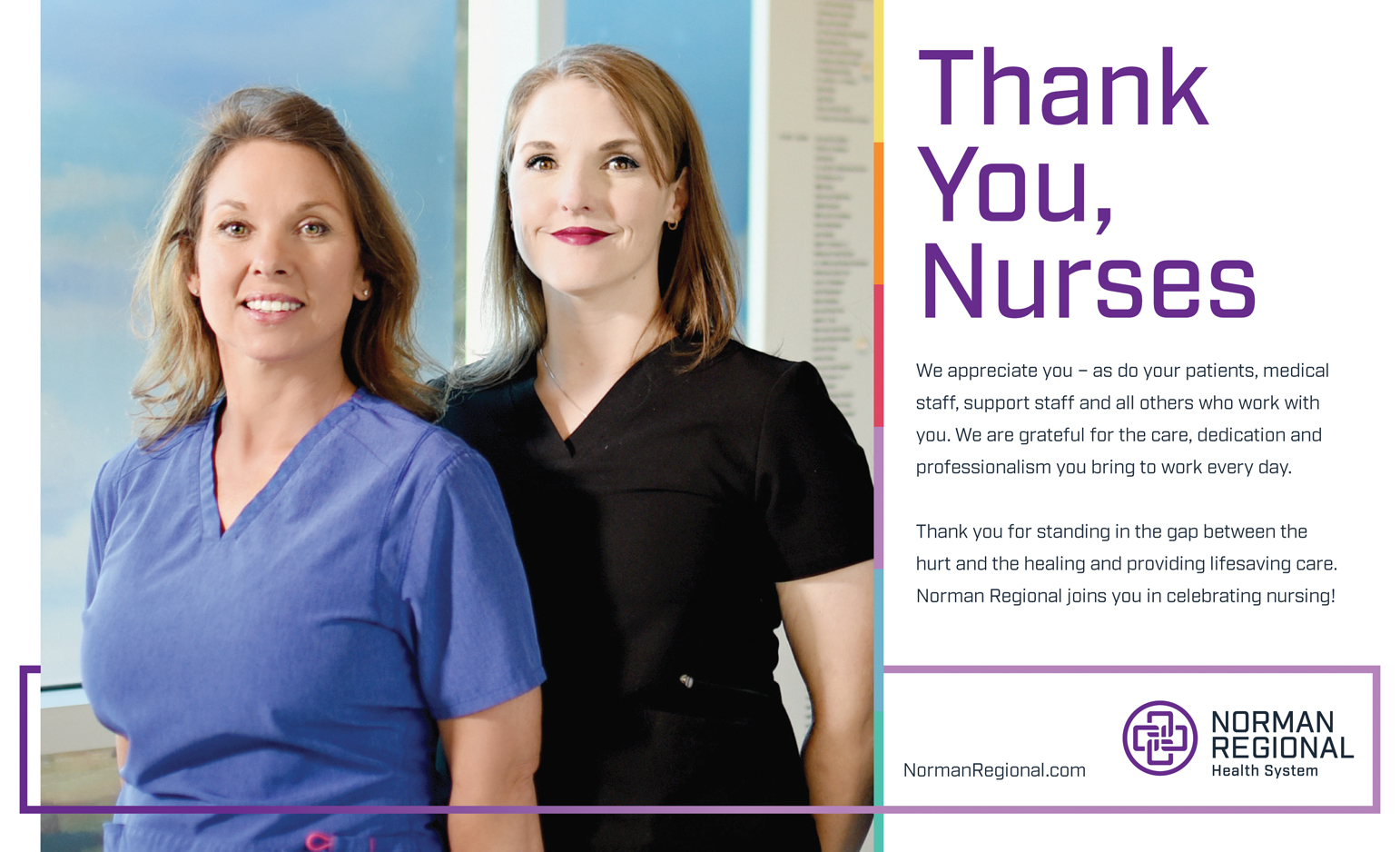