He was honored during the fourth INTEGRIS Health “Home Run For Life” of the 2022 OKC Dodgers baseball season Friday, July 29 at Chickasaw Bricktown Ballpark. “Home Run For Life” recognizes individuals in the community who have overcome a significant medical event with the help of their families, physicians and health care professionals. To symbolize the end of their battle against adversity, honorees take a home run “lap” around the bases during a pre-game ceremony.
Allison was mowing his lawn on a warm June day in 2020 when he suddenly felt overheated and had trouble breathing. (story continues below)

“I went inside to take a cold shower and went to bed early,” he said.
When the symptoms didn’t dissipate, Allison and his wife, Crystal, went to an urgent care facility where they believed he might have COVID-19.
The COVID test came back negative, but further testing revealed the levels of oxygen in his blood were dangerously low and he was rushed to the emergency room.
He was admitted to the hospital in Tulsa with presumed pneumonia, but doctors couldn’t find the cause. After a few days, they discovered that he had suffered acute mitral valve failure.
Unfortunately, by the time the cause was discovered, Allison had suffered further complications, including a buildup of fluid in his lungs which made it impossible to operate on his heart.
The decision was made to fly Allison to INTEGRIS Health in Oklahoma City where he would receive an advanced life-saving treatment called extracorporeal membrane oxygenation (ECMO).
“There’s no question that what INTEGRIS Health did was a life-saver,” Allison said.
ECMO treatment works like a set of heart and lungs for a patient. It is often considered as a “last hope” for patients with hearts in critical condition.
It bought Allison’s body time to heal, and once he was stable, Dr. Marshall Bell M.D., a cardiothoracic surgeon at INTEGRIS Health, was able to replace Allison’s mitral valve and save his life.
“If it weren’t for the skill and care I got at INTEGRIS Health, I wouldn’t be here today,” Allison said. 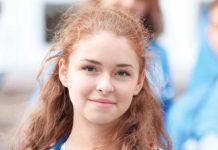