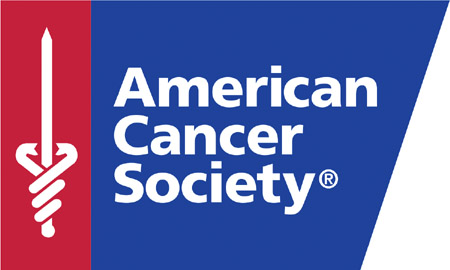 Lung cancer can affect anyone, not just those with a history of smoking. That’s the message the American Cancer Society is sending this month to the public and clinicians alike. November is Lung Cancer Awareness Month, and signs and symptoms of lung cancer should not be ignored based on a lack of a history of smoking. While tobacco use is the most important risk factor for lung cancer, about one in five lung cancers occurs in people who never smoked. If counted as a separate category, lung cancer among never-smokers would be among the ten leading causes of cancer death.
“If a patient has shown symptoms of lung cancer for several weeks, they should be evaluated for lung cancer regardless of whether or not they have smoked,” said David Lam, M.D., hematologist and oncologist for SSM Health Care Center/Frank C. Love Cancer Institute at St. Anthony Hospital. “Thousands of people who have never smoked still develop lung cancer every year. If a person is showing symptoms, I would suggest they speak to their primary care physician to see if they qualify for screening.”
Associating lung cancer with smoking has produced stigma for far too many people, said Dr. Lam. No one–neither someone who smokes nor someone who has never smoked–should feel embarrassed at a cancer diagnosis or worse, experience a delay in diagnosis.
Early diagnosis and care, including testing to make sure patients get the best available treatment, can improve outcomes in lung cancer. If diagnosis and treatment are delayed because of stigma, bias, or due to the assumption lung cancer is rare in those who don’t smoke, patients could suffer as a result.
“We have made tremendous progress in how we treat lung cancer,” said Dr. Lam. “Today we can perform comprehensive diagnostic testing and custom-tailor treatments for many patients. People must get the care they need, and not allow stigma or a diagnostic delay to prevent their treatment.”
According to the American Cancer Society, most lung cancers do not cause any symptoms until they have spread, but some people with early lung cancer do have symptoms. If you go to your doctor when you first notice symptoms, your cancer might be diagnosed at an earlier stage, when treatment is more likely to be effective. The most common symptoms of lung cancer are:
• A cough that does not go away or gets worse
• Coughing up blood or rust-colored sputum (spit or phlegm)
• Chest pain that is often worse with deep breathing, coughing, or laughing
• Hoarseness
• Weight loss and loss of appetite
• Shortness of breath
• Feeling tired or weak
• Infections such as bronchitis and pneumonia that do not go away or keep coming back
• New onset of wheezing
“Many people who exhibit these symptoms do not have cancer,” said Dr. Lam. “But those who experience any of these for an extended period should talk to their physician and make sure the possibility of cancer is indeed considered and investigated, not ignored.”