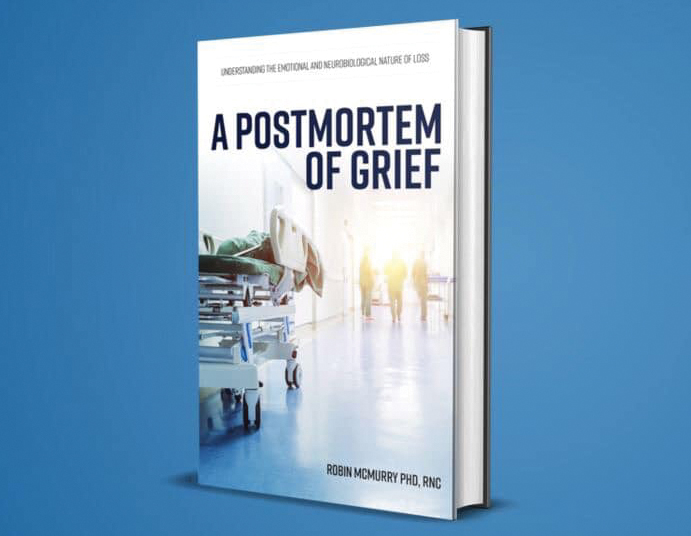 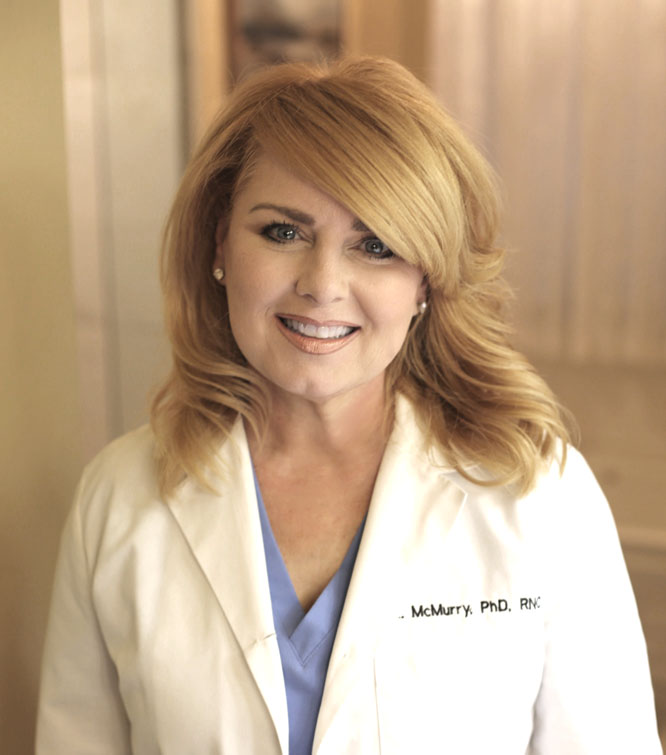 My dad is dead.
For the longest time it was all Robin McMurry, PhD, RN, could get down on paper when she journaled after her father’s death.
The nurse and nursing professor side of her had a million things swirling in her head regarding her father’s resuscitation in the field, hospitalization and eventual passing from cardiac arrest.
But the daughter in her was in a free fall.
The pain of her loss, regret from thinking she could have willed a different outcome and guilt she wore like an unwashable stain came in waves.
One would subside in time for the next to come crashing over her. Sometimes they pushed her down all at once, making it impossible to breathe.
“One thing was hard for me to get my head around was my dad was dead and it seemed like the world continued,” McMurry said. “It’s like a tornado where one house is destroyed and the house next door is untouched.”
“How is nobody else affected by this when I’m so completely devastated.”
So much happened before and after that day Jim Archer was called home that McMurry knew she couldn’t stop at just four words.
And two years after his death, McMurry has turned her journey through grief into a bestselling book on Amazon.
McMurry’s publisher notified her during the final week of November that A Postmortem of Grief was the No. 1 new release in nursing research on Amazon.
Twenty-four hours later presales had pushed it to an Amazon bestseller.
“It started out me trying to figure it out about my dad’s death,” McMurry said.
THE DAY
So much happened that November day when Archer slumped over the steering wheel of his truck.
His wife managed to pull him out and start CPR.
Paramedics arrived and worked until he was stable to transport.
“In the book I take people through the scene,” McMurry said. “We were there when they intubated. It’s talked about in the research how it’s best to let loved ones be nearby during resuscitation.”
But witnessing a three-attempt intubation scarred McMurry and her family for life.
“Five nurses at the scene and not one of us felt it was beneficial,” said McMurry, who has eight nurses in the family. “Part of my nurse training fell away and the daughter in me took center stage.”
At the hospital it only got worse.
After reading Archer’s history and noting multiple bypasses, the doctor stepped out questioning if the family was absolutely certain they wanted him to do chest compressions.
“We already knew it was not good,” McMurry said. “The way we were handled by the health care establishment was so damaging to our long term recovery from grief.”
GUILT, REGRET AND MAGICAL THINKING
Weeks before McMurry and her mom had discussed how it might be a good idea to have an AED in the house.
Guilt.
Determining transport destination, McMurry requested her father be taken to Oklahoma Heart Hospital. She was told he wasn’t stable enough.
Massive guilt. And magical thinking.
Pick any part of that day, the ensuing hours after and McMurry has dissected it to the point where she’s placed the blame firmly on herself.
Looking at it from a researcher’s standpoint she figured out why.
“I struggled with terrible guilt over my dad’s death and I know why I suffered,” she said. “Those what-if’s are what all patients and families deal with.”
The death shook the entire family to his core. Even McMurry’s grandchildren were entered into grief counseling, voicing they were worried the event would happen again to someone else in the family.
For so, so long she was torn down. So she decided to figure out why.
She began pouring over grief research and traumatic loss.
She reviewed the research surrounding the 1942 Cocoanut Grove night club fire in Boston which claimed 492 people and injured another 162 in just 15 minutes.
It’s tagged as the fire that changed the way we look at grief and how the grieving process resembles a knotted ball of yarn more so than a circle or a series of peaks and valleys.
And health care workers play a part.
“I want to help health care professionals know what we do matters,” McMurry said. “In those moments how we handle patients can change the trajectory and if we do it incorrectly we can cause complicated grief.”
McMurry has always preached that to her students at both Oklahoma City Community College and the University of Central Oklahoma and to her online students at Southwestern Oklahoma State University.
Working mother-baby, labor and delivery as well as serving as both an adult and pediatric sexual assault nurse examiner, McMurry knows each interaction she has with a patient can either build them up or tear them down.
“We begin to look at (patients) as a biological specimen, and part of that is protection on our part,” McMurry said. “We can not emotionally invest in every single patient. When we do that we are damaged in the process so I get that distance we have. I get that.”
“But we have to find a way to be emotionally available to that family.” 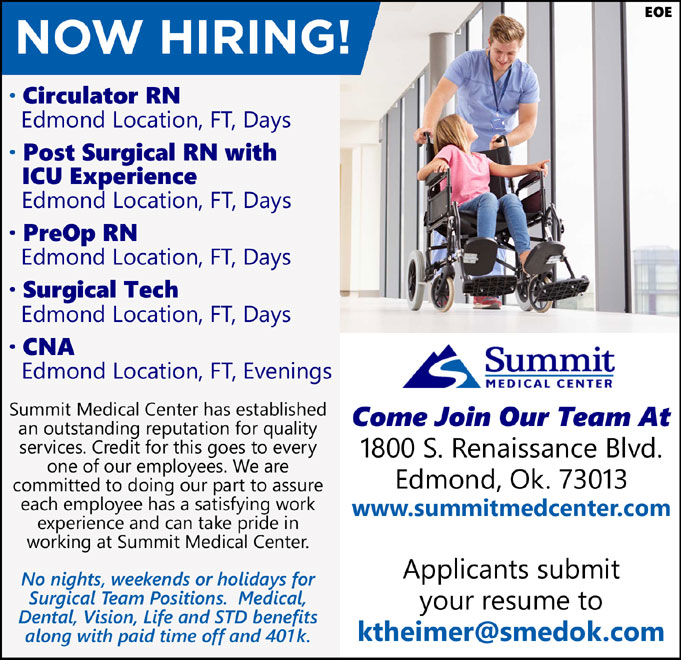 Summit Medical Center has established an outstanding reputation for quality services. Credit for this goes to every one of our employees.
We are committed to doing our part to assure each employee has a satisfying work experience and can take pride in working at Summit Medical Center.

No nights, weekends or holidays for Surgical Team Positions. Medical, Dental, Vision, Life and STD benefits along with paid time off and 401k.