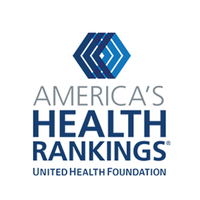 Paced by the lowest smoking rate ever recorded, Oklahoma moved up three spots to 43rd in America’s Health Rankings, issued by the United Health Foundation. The improvement was the second highest among all states, trailing only Florida and Utah, which improved their ranking by four spots. America’s Health Rankings are based on four components or aspects of health – behaviors, community & environment, policy and clinical care. Health outcomes are also used to rank states.
“Despite the many challenges facing us, I am encouraged that our employees and our partners across the state continue to work toward improving the health of all Oklahomans and that their efforts are producing results,” said Interim OSDH Commissioner Preston Doerflinger. “We know where our focus must be in providing the core services that will make a difference in the lives of all our citizens going forward.”
In smoking rates, Oklahoma improved to 36th nationally – an improvement of nine spots. Oklahoma’s smoking rate has declined 25 percent in the past five years. That is the largest improvement for any state since 2012 but is still 2.5 percent higher than the national average of 17.1 percent.
An area in which Oklahoma is better than the national average, low birthweight, saw the state improve to 7.9 percent. Oklahoma has improved 11 spots to 22nd in the past five years, one of the best advances in the nation.
The best ratings for the state were in the low occurrence of excessive drinking (2nd), pertussis rates (2nd) and the number of mental health providers (5th). Oklahoma also had improvements in obesity rates, the number of people who are physically active, and drug deaths, but still ranks well below the national average.
Areas of concern include lack of health insurance, diabetes rates, and children’s immunization rates.
While Oklahoma’s uninsured rate has decreased the past three years to 13.9 percent, the national ranking dropped another two spots to 48th and the rate lags far behind the national rate of nine percent.
Following a national trend that saw an all-time high in diabetes rates of 10.5 percent nationally, Oklahoma is ranked 41st with a rate of 12 percent. The rate of immunization among children 19 to 35 months dropped significantly (75.4 percent to 67 percent) moving the state ranking to 42nd while overall adolescent immunization rates improved by six places (40th to 34th).
The complete rankings and summaries for Oklahoma and all states can be seen at https://www.americashealthrankings.org