A little more than two years ago, Donelle Whiu, RN, received the news her travel nursing agency was placing her in Midwest City.
The New Zealand native’s first thought was “where in the world” as she Googled the unknown locale.
Even after a few minutes she was still puzzled.
But two years later, the Kiwi and her family have embraced central Oklahoma and the community of Midwest City through AllianceHealth Midwest.
Whiu is now the nurse director of the sixth floor medical-surgical unit at the hospital and she’s not the only one with an accent.
So she decided the Midwest City melting pot with a special luncheon and recognition ceremony this week.
“There’s a lot of girls and guys – including our doctors – that are from all over the world,” she said. “We missed Cultural Awareness day but I’ve only just got up here so I figured let’s make a celebration.”
A nurse in her native New Zealand, the Auckland native came to the states through Avant Healthcare Professionals.
After she finished her two-year contract this summer she signed on as a nurse manager of 6M, a medical-surgical unit.
“I think it’s probably because I am from a different background and we’ve all somehow ended up in Midwest City, Oklahoma,” Whiu said of her idea to celebrate the hospital’s diversity. “This is the community we are committed to serve and we need to celebrate not only people who are here but where we’ve all come from to get here.”
When Avant told her she was coming to a place called Midwest City she immediately went to Google Maps.
“I said ‘where?’ and then went online and still said ‘where is this place?’” she said. “I really had no idea what to expect but I found a little community that was a really neat little community.”
CULTURE SHOCK
There were a lot of surprises when she brought her husband and children to the states.
Some good, some not so good.
“I think things that surprised me was there were a lot of similarities to the place I worked back home and the community I worked in back home,” she said. “Definitely the hospital and the type of people that come here and the people we look after are very similar to back home even though it’s the other side of the world.”
“Same problems just on another continent.”
Healthcare is universal.
“It doesn’t matter what color your skin is, what religion you are or what country you hail from if you’re sick you’re sick and you need to be cared for,” Whiu said.
Getting her family’s appetite to adjust to American food has been a challenge.
“The food is terrible. American food in general is terrible,” she said. “But that’s a long story. That goes back to sugar lobbyists and things like that. We did take a while to adjust to the food and find local farmer’s markets. Getting used to processed food and places like Sonic – drive-in fast food was not even in our comprehension when we first got here.”
All Whiu has to do is look around her unit to see a representation of healthcare from across the world. Farah Abdollah, RN, hails from the Middle East.
Li Seabourg, RN, is from China.
Muiruri Kamau, APRN, came to the U.S. from Kenya.
Dr. Sheharyar Ali, interventional cardiologist, hails from Pakistan.
Whiu knows that one by heart after New Zealand bested Pakistan in the recent Cricket World Cup.
It’s a fact she continues to remind Dr. Ali whenever she sees him.
Whiu herself loves to travel. It’s part of the reason she’s also co-owner of a travel agency.
She hopes to be visiting Egypt in the near future.
In preparation for the week, Whiu went out and bought a world map and a box full of pushpins.
“The only continent we do not represent – which I’m quite happy about – is Australia,” Whiu laughed. “We have someone from every other continent.”
Along the way, Whiu and her family have enjoyed finding smaller, local restaurants out of the mainstream.
To this day, Whiu still remembers some of the worst foods she’s tried.
“Corn dogs and pickle slushies. That’s not a thing. I don’t understand,” Whiu said.
Whiu’s youngest has almost lost her accent. Her high school senior is trying to decide where to go to college.
Her husband, a psychologist by trade, began working in the oilfield first. Now he works for Pepsi.
Whiu is hooked on Midwest City.
“I really like the people in this hospital. I like the community,” she said. “I could have worked in Edmond but I like working in this community. You feel like you’re making more of a difference. The people in this hospital is really what holds it together.” 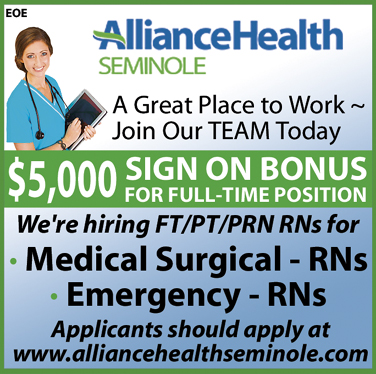