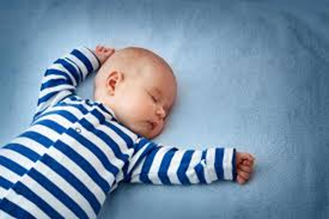 INTEGRIS Health Edmond was recently recognized by the National Safe Sleep Hospital Certification Program as a “National Certified Bronze Safe Sleep Hospital” for their commitment to best practices and education on infant safe sleep.
They are one of the first hospitals in Oklahoma to receive this title.
The National Safe Sleep Hospital Certification Program was created by Cribs for Kids®, a Pittsburgh-based organization dedicated to preventing infant, sleep-related deaths due to accidental suffocation. In addition to being Cribs for Kids® partners, INTEGRIS Health Edmond was recognized for following the safe sleep guidelines recommended by the American Academy of Pediatrics (AAP), and providing training programs for parents, staff and the community.
“Sleep-Related Death (SRD) results in the loss of more than 3,500 infants every year in the U.S.,” said Michael H. Goodstein, M.D., neonatologist and medical director of research at Cribs for Kids®. “We know that consistent education can have a profound effect on infant mortality, and this program is designed to encourage safe sleep education and to recognize those hospitals that are taking an active role in reducing these preventable deaths.”
This program is well-aligned with the Maternal Child Health Bureau’s vision of reducing infant mortality through the promotion of infant sleep safety as outlined in Infant Mortality CoIIN Initiative. Forty states have designated SIDS/SUID/SRD as their emphasis to reduce infant mortality.
Oklahoma has one of the highest rates of infant mortality in the nation.
Infant mortality is often used as a measure of the overall health of a population. Nearly 21% of all infant deaths in Oklahoma for 2013-2015 were attributed to SIDS (sudden infant death syndrome) and other sleep-related conditions.
“Our labor and delivery nurses, obstetricians and pediatric physicians are committed to educating parents on safe sleep practices with the goal of decreasing the number of preventable infant deaths related to unsafe sleep habits,“ said Evelyn Radichel, RN, administrative director of the INTEGRIS Health Edmond Women’s Center. “We are seeing it in the news right now with the recall of the Fisher-Price Rock ‘n Play Sleeper. Well-meaning parents simply don’t have all the facts necessary to make an informed decision. We are hoping to change that.”
The National Safe Sleep Hospital Certification Program was created in partnership with leading infant health and safety organizations such as All Baby & Child, The National Center for the Review & Prevention of Child Deaths, Association of SIDS and Infant Mortality Programs, Kids in Danger, Children’s Safety Network, American SIDS Institute, Charlie’s Kids, CJ Foundation for SIDS, and numerous state American Academy of Pediatric chapters and health departments.