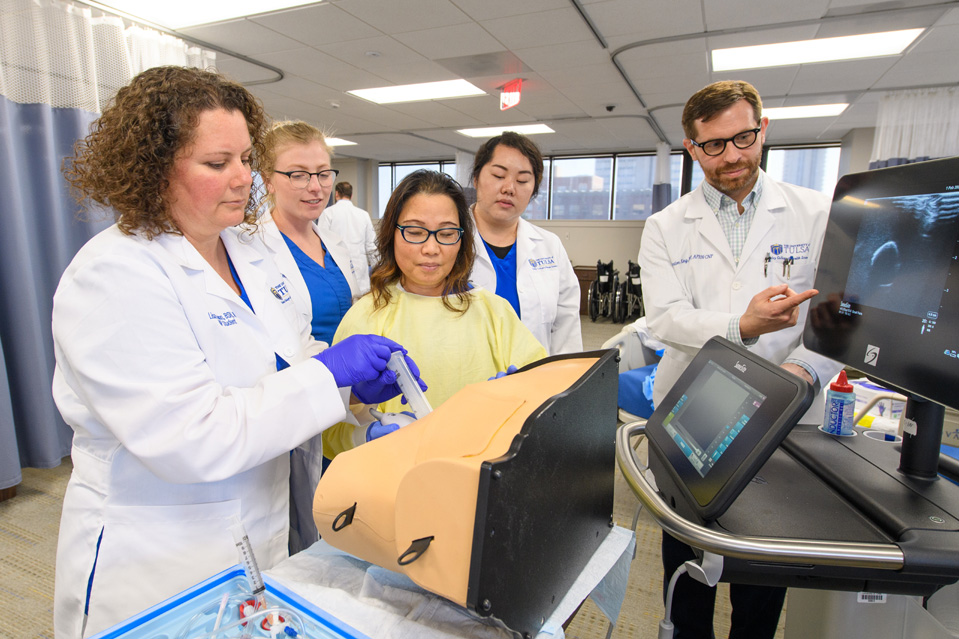 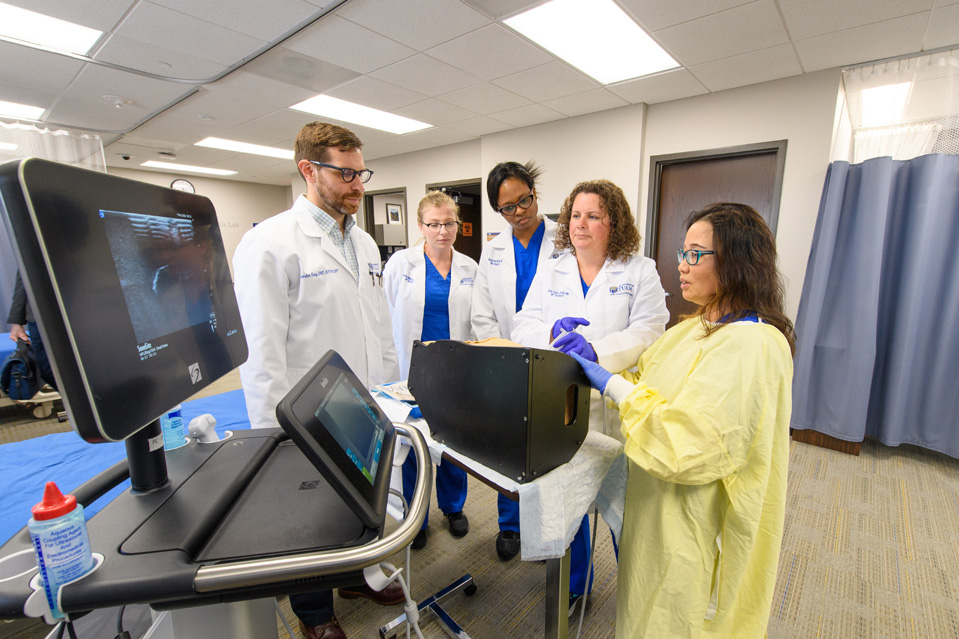 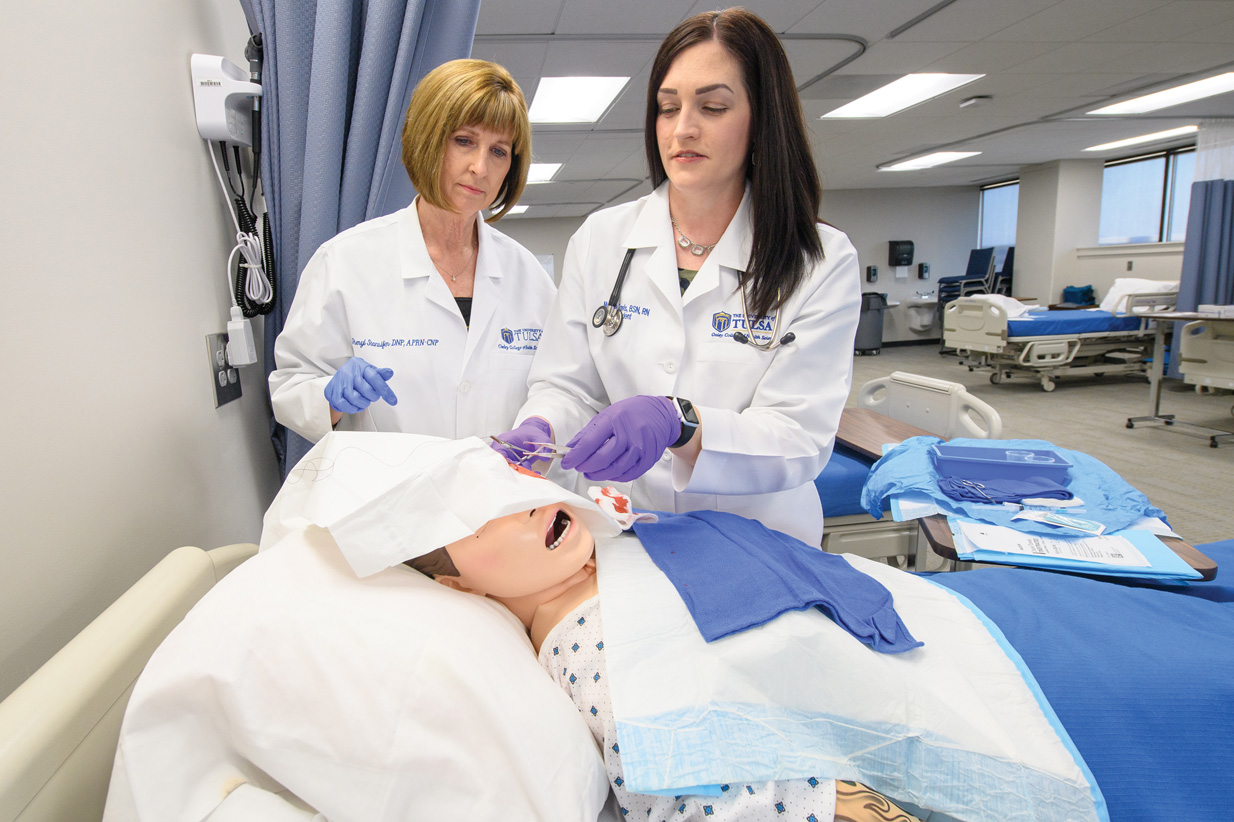 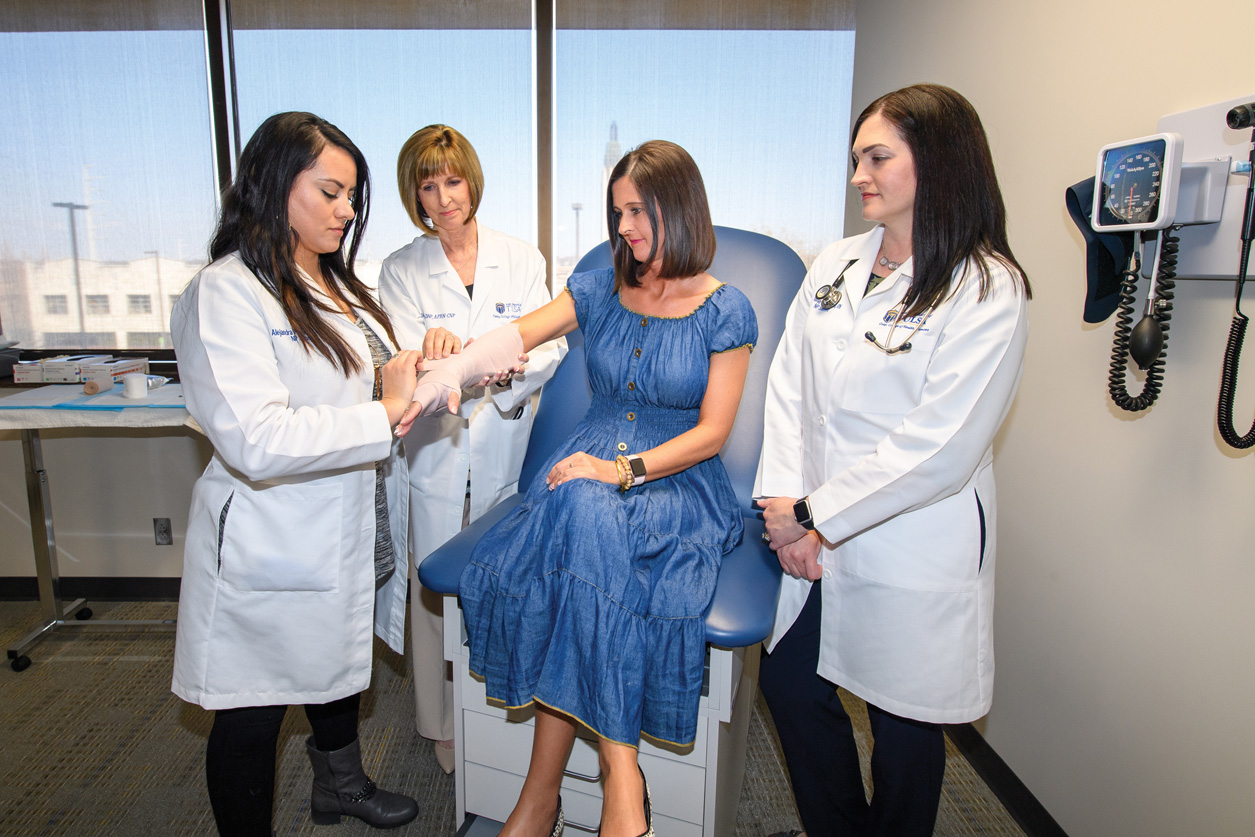 When it came to nurses looking to pursue an advanced degree as a nurse anesthetist, going out of state was the only route.
Now, thanks to the University of Tulsa and the Oxley College of Health Sciences, nurses can stay close to home while taking their career farther. (story continues below)

TU’s School of Nursing has a long history of educating students in a pre-licensure nursing program. Since its first graduating class in 1973, The University of Tulsa has graduated more than 1,400 nurses with a bachelor of science in nursing degree.
Graduates are prepared for employment in hospital and community health agencies. Job opportunities abound for TU nursing graduates. The high demand for nurses is expected to continue for the next 20 years.
In addition, the school also offers a DNP program to meet the health care needs of the community.
In August, the School of Nursing welcomed its first cohort of students in the inaugural anesthesia graduate program – the first in Oklahoma.
The Nurse Anesthesia program is designed to prepare nurses for advanced practice in administering anesthetics to patients across the life span wherever anesthesia is delivered, including in-hospital surgical suites, ambulatory surgical centers, the offices of dentists and plastic surgeons, rural settings and the military.
The NA curriculum is an integration of doctor of nursing practice (DNP) core courses and nurse anesthesia specialty courses. This intensive educational program employs didactic learning, laboratory skills, human patient simulation and extensive clinical experiences.
The NA program culminates with the completion of a scholarly final project.
Lisa Riedel, DNP, MS, CRNA was named the inaugural director.
Prior to her new role she was an assistant professor in one of Michigan’s five nurse anesthesia programs.
Riedel’s assistant director is Andy Tracy, PhD, MSN, CRNA who moved over from the VA at the Lovell Federal Health Care Center where he served as the chief CRNA and clinical coordinator for nurse anesthesia residents.
The program is filled with ICU RN’s and the selection program was robust.
“It’s an interesting process,” Riedel said. “And those are set by really how we know people in the past have succeeded. That’s why we require previous ICU experience. We ask people to shadow CRNAs so they know the job role and we recommend they take the PCRN but we don’t require it. It does just show how well they do on a standardized test and with that material.”
“We had so many people that met all those qualifications that we actually asked 55 people to the interview process even though we only have 15 spots.”
The first class was selected earlier this year and began early in August.
“It’s been overwhelming and not just from ICU nurses in Oklahoma but also surrounding states, too,” she said. “It’s highly competitive to get in and so we find that with all schools that people from surrounding states and actually all across the United States will apply to a program because they will go anywhere to get in.”
Riedel said the program has been in the works since 2015 and the vision of the former university president.
She was contacted by a recruiter more than a year ago about the director position and passed on the opportunity at the time.
A year later, the position was still available and she spoke with the past-president of the Oklahoma Association of Nurse Anesthetists.
“I had talked to her at national conferences and heard her on a podcast talking about the state of health care in Oklahoma and the need for this program to be up and running,” she said. “I saw the position was still open and I consulted with my family and they told me to go for it and I did.”
“I like to joke the first time I was ever in Oklahoma was for my job interview and the second time was to take possession of our house.”
Riedel has such high hopes for this inaugural class. One way or another it will be a benchmark for future classes.
“I hope for great, eager young minds and maybe not so young because we’ve been waiting for this program for awhile and a diversity of experience,” she said. “We want people committed to the profession and we’ve asked about whether they will stay in Oklahoma and serve the needs of Oklahoma residents.”
“Oklahoma has a large swath of rural area that really need that advanced practice role to come in there and provide access.”
Riedel said 15 spots will open yearly for admission with selection taking place around March.
To learn more about applying to the three-year program you can visit the school’s web site.

OCOM is Hiring! JOIN OUR TEAM!