CAREERS IN NURSING
SAFETY NET: NURSE HELPS THOSE WHO CAN’T HELP THEMSELVES

As a little girl, Integris Southwest Medical Center’s Christina Stuart, APRN, CNS always found herself picking flies out of spiderwebs.
There was just something about those helpless creatures struggling to get free.
Stuart felt it was her responsibility to help.
Years later, it’s no wonder she became a nurse.
“I always had the heart to take care of people,” said Stuart, who originally started college on the zoology/pre-med track with an eye on OBGYN.
Then motherhood came and she figured out she needed to balance her love for healthcare and children.
Nursing was a natural option. She spent her first nine years in the ICU and the last three years she went back and got her master’s and then her nurse practitioner.
“I realized in the process that I’m not an individual that cares to focus in on one organ system,” she said. “When I take care of a patient I like the holistic approach.”
ICU, IC Me
Stuart blossomed in the ICU, probably because every day was a challenge.
“I love puzzles and every patient to me was a puzzle,” she said. “I wanted to fix them, put them back together and figure out what was going on. I was very thorough.”
So thorough that she became the department’s educator and also earned on a spot on the hospital’s medical intervention team nurse.
When a nurse on the floor found herself up against a life-threatening problem she just couldn’t figure out then Stuart and a host of others would be paged to perform an assessment and figure out if an intervention or transfer were needed.
And all too often Stuart found herself figuring out exactly what the patient needed but then waiting for the doctor to come verify.
“And you had to try to convince them at times,” she said. “And a lot of them there tends to be ego. I figured out well gosh dangit I’m going to do this myself and I’m going back to school.”
Frustration turned into her future. She worked full-time ICU nights, raising a nine-year-old and a two-year-old while going to clinicals and doing papers during the day for nurse practitioner school.
Sleep equaled three-four hours a night.
It’s one of the reasons she began working with the hospitalist group at Southwest for several years.
“I realized that the consults – the specialists – they were only able to dabble in their specialty area,” she said. “I loved the fact that the entire patient was mine so I wasn’t limited to just the heart, just the lungs and if I saw something else by all means I was going to address it.”
Stuart credits those nine years in the ICU as sharpening her critical thinking skills to a razor’s edge.
It’s a main reason she’s the nurse she is today.
And her background helps her everyday as she heads up an innovative safety net program at Integris Southwest Medical.
Community Care Coordination team or 550 (a number derived from statistics that show five percent of the surrounding population uses 50 percent of Integris Southwest resources) is Stuart’s latest challenge.
The team consists of Stuart, who functions as the interim healthcare provider, Niki Rangel, MWS and Dona Petty, LCSW.
Patients who have significant social issues (substance abuse, homeless, etc.) which exacerbate underlying conditions are the program’s main target.
The Integris Southwest Volunteers program has donated $500 per month for the next year to help buy patient medication, supplies,
Currently, Stuart holds most of the roles in the program from DLO courier to APRN.
“It’s a pilot program,” she laughs.”I’m the everything for every order I write.”
It’s a daily challenge.
The only constant is that the patient population doesn’t have money and the resources are always limited.
“Every day is a different day,” she says.
“The thing about this team that I love is you form relationships with your patients,” Stuart continued. “We’re like family because we’re so close-knit. Every patient needs all of us. They all need medical and typically they all need counseling and they all need social work.”
The needs are so great and, more often than not, Stuart finds herself meeting them all over the south side of the metro.
“I perform wound care in parking lots and in streets because a lot of these patients are homeless,” Stuart said. “We kind of consider ourselves a MASH unit too because we have to find them.”
Bandaging homeless patient wounds at the local 7-11 to helping get patients approved for disability and even finding them housing, the program runs the gamut.
And all those years later, Stuart laughs when she realizes she’s still trying to save those in need tangled in the spiderwebs of life. 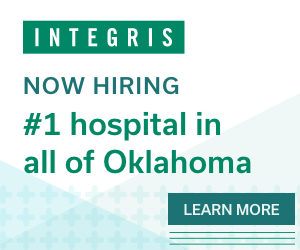