Jodi Turpin has learned a lot about endurance and commitment during her nursing career at Legend at Rivendell, located in Oklahoma City.
“I guess I’ve learned that I’m stronger than what I thought,” said Turpin, RN, health care director.
“Working somewhere else, there was always someone who was above me in whatever position that I was in,” she said.
As a health care director, she has found she is able to serve others with confidence. She gets things done. (story continues below)

Turpin began her nursing career a year after graduating from Redlands Community College in El Reno in 2000. She is well experienced as a nurse, having worked on a hospital medical surgical unit and dialysis before transitioning to assisted living at Legend at Rivendell.
She had a couple of strong nurses mentor her in the hospital. She learned a lot about best practices by having nurses who were always there if she had a question to ask.
Today, Turpin learns something new every day and does her best to encourage the nursing staff. She teaches new nurses how to implement the knowledge they are taught in school. Her days allow her to get to know the residents well. They teach her about history through the decades.
Several of the men living at the Legend at Rivendell served in the military from World War II, Korea to Vietnam. One of them was an engineer who rode in the helicopters to evacuate soldiers and Marines in Vietnam.
“It’s amazing to hear their stories and how they survived and how they grew up. That’s one of my favorite parts. I just like getting to know the residents, hearing their stories and taking care of them,” she said. “It’s really unlike any other nursing job I’ve ever had. I come here five days a week. You bring them in and you just become family.”
A life enrichment coordinator plans special activities for the residents. Many of them are interested in health, so they were given a recent presentation about nutrition. For instance, grapes help rejuvenate skin cells.
“There’s a lot of learning activities. There’s Bingo and puzzles. They can go on trips outside like Walmart or go around the lake for a little drive,” she continued.
Turpin said she admires the compassion that the nursing staff has for the residents by going above and beyond every day. Nurses and aides will go to Braum’s Dairy to get shakes for the residents by request. It’s one of their favorite treats, she said.
“They go to the store for them. You can really see how much they care and enjoy their job,” Turpin added.
In addition to assisted living, the Legend at Rivendell offers a 15-apartment neighborhood connected to the facility where an LPN is there 24 hours a day offering more assistance.
“If they need two-person assist transfers for higher medical needs, we move them into that neighborhood,” Turpin said. “It’s kind of an in-between to skilled nursing. It’s not a skilled, but it’s that next step.”
While some of the residents she has known have lived there for five years, only two or three years is the average time that residents live in assisted living at Legend at Rivendell, she said, Turpin said. She gets to enjoy the residents’ company as the age in place.
“Being in the field that we’re in, eventually they are going to decline to where they pass,” she explained. “To be able to go through all that aspect with them and the family, and then to hear they were so very grateful that they mention us at the service or come up and they give you a hug because all the care you’ve given them — it has meaning,” she explained. “I feel like I have something meaningful every day when I go home because of the work that we do. But to know the family really appreciated all the love and care that was given, that means a lot to me.”
Turpin said she has always wanted to take care of people in need. Her leadership, set by example, inspires more people to become nurses or to continue in their careers. Nurses with longevity have a thick skin, she explained. Physicians give the orders for their patients, but the nurse is there as the front-line worker.
“You’re implementing them. You have a lot coming at you. It just takes a strong-minded person to be able to take on all of the stress of the day because there’s not a day when there is something going on,” she said. “It’s something new every day. Just a strong mind and character. You’re going to really have to stand up for yourself, stand up for your patients, your residents because you’re the one that has the medical knowledge. You’re the one who needs to stand up for them because they won’t be able to do it themselves.” 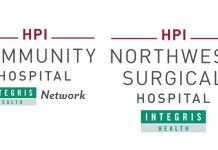 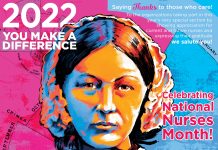 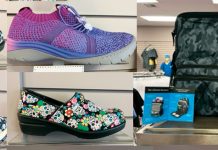